The inner dynamics of music – Herbert von Karajan on his understanding of Beethoven, music, and recording 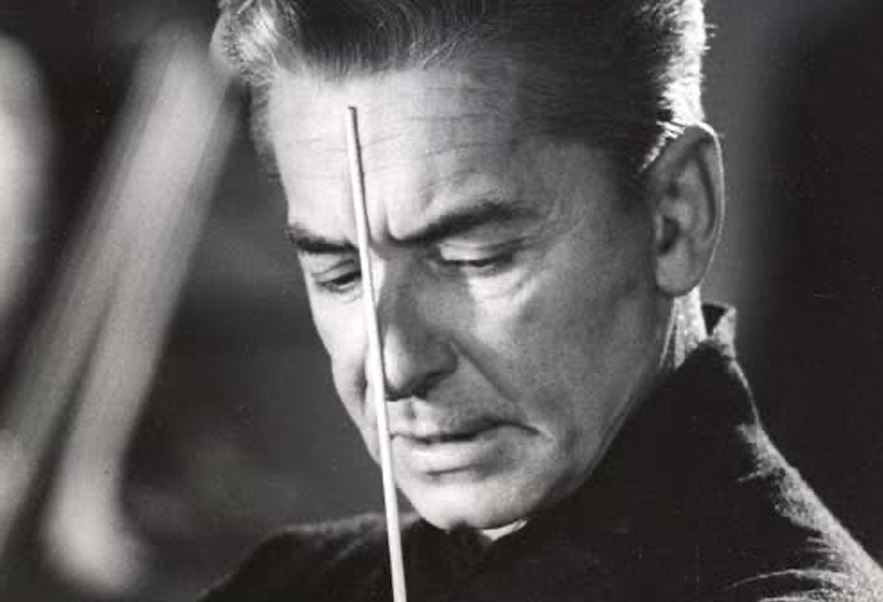 In 1977 Joachim Kaiser interviewed Herbert von Karajan on his then newly released Beethoven cycle. He started with the obvious question: why did you record all Beethoven symphonies once again?

Karajan answered that he wanted to record Beethoven in the newest technology on the market because – and that is interesting – the most challenging thing about Beethoven’s music and the composer’s specific idea of sound was to achieve the richness of sound asked for. One must choose the “acoustic room” of the recording of each symphony wisely. This is something Karajan took great care for, because he knew, that the sound he heard during conducting differed greatly from the sound on the recording. That was the reason why the recording work did not stop after conducting was finished but only when the mix matched the acoustic characteristics of the room he envisioned for the piece.

Karajan also talked about another important aspect of music: the inner dynamics of the music, like a flow of moods, much like the different emotional states of the human soul. These states have to be in balance and in order to achieve that the conductor always has to know where the flow of moods will lead to. With Beethoven’s music, the listener often feels an enormous crescendo which suddenly breaks down, because the orchestra has already reached its maximum capacity. If the goal of the music is not planned well in advance then “the desire does not coincide with what has been achieved.” (Herbert von Karajan)

A perfect example of the necessity to think ahead is the second movement of Beethoven’s Symphony No. 7: “You can feel the mood that underlies a whole movement. I hear the end at the beginning in order to be able to overlook it, to be able to mentally overlook it. For me, this movement is almost a state and not a development.” (Herbert von Karajan)

And what about the last movement of Beethoven’s ninth symphony? A lot of conductors used to avoid the last movement because they could not find a solution for how to integrate voice into the inner logic of the piece. Karajan explained how he tackled this issue: when he directs an opera he tries to stimulate such ecstasy in the performer, that they are not able to speak anymore but must sing. He used a similar mechanism with his orchestra. The theme of the choir is first introduced by basses and cellos which is why he told these musicians: forget that you are playing an instrument, only think about how the theme will sound when it’s sung afterward. What he achieved by that, is that one thinks he already hears a choir singing when in reality instruments play. That is something from which Karajan derived great satisfaction and justified another recording of the piece in itself. 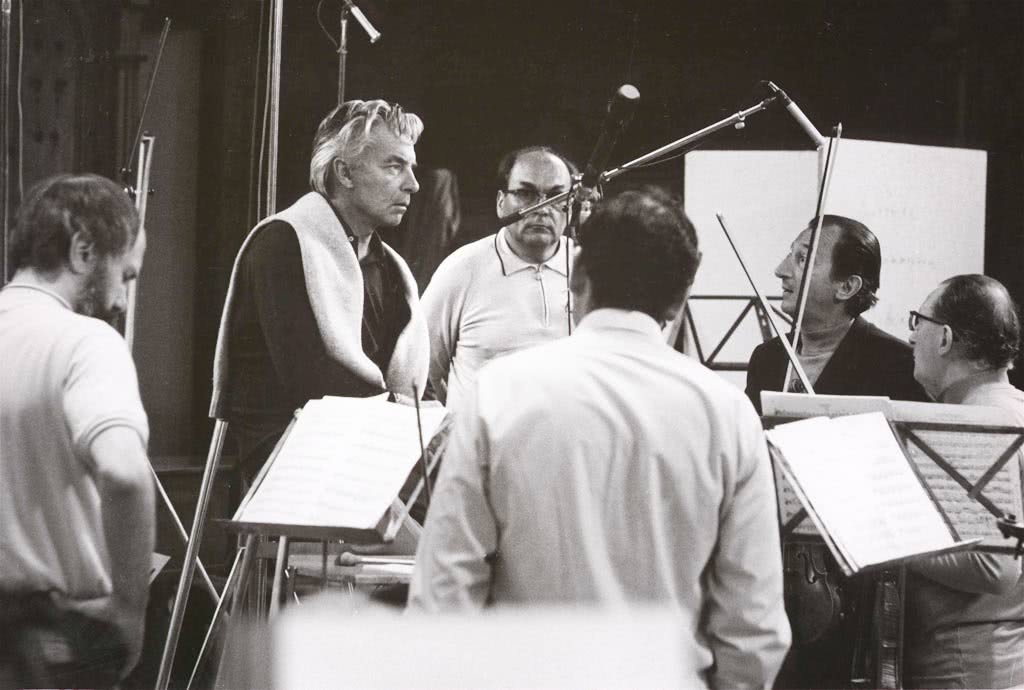