Karajan artists: Mirella Freni – the Mimì of the century 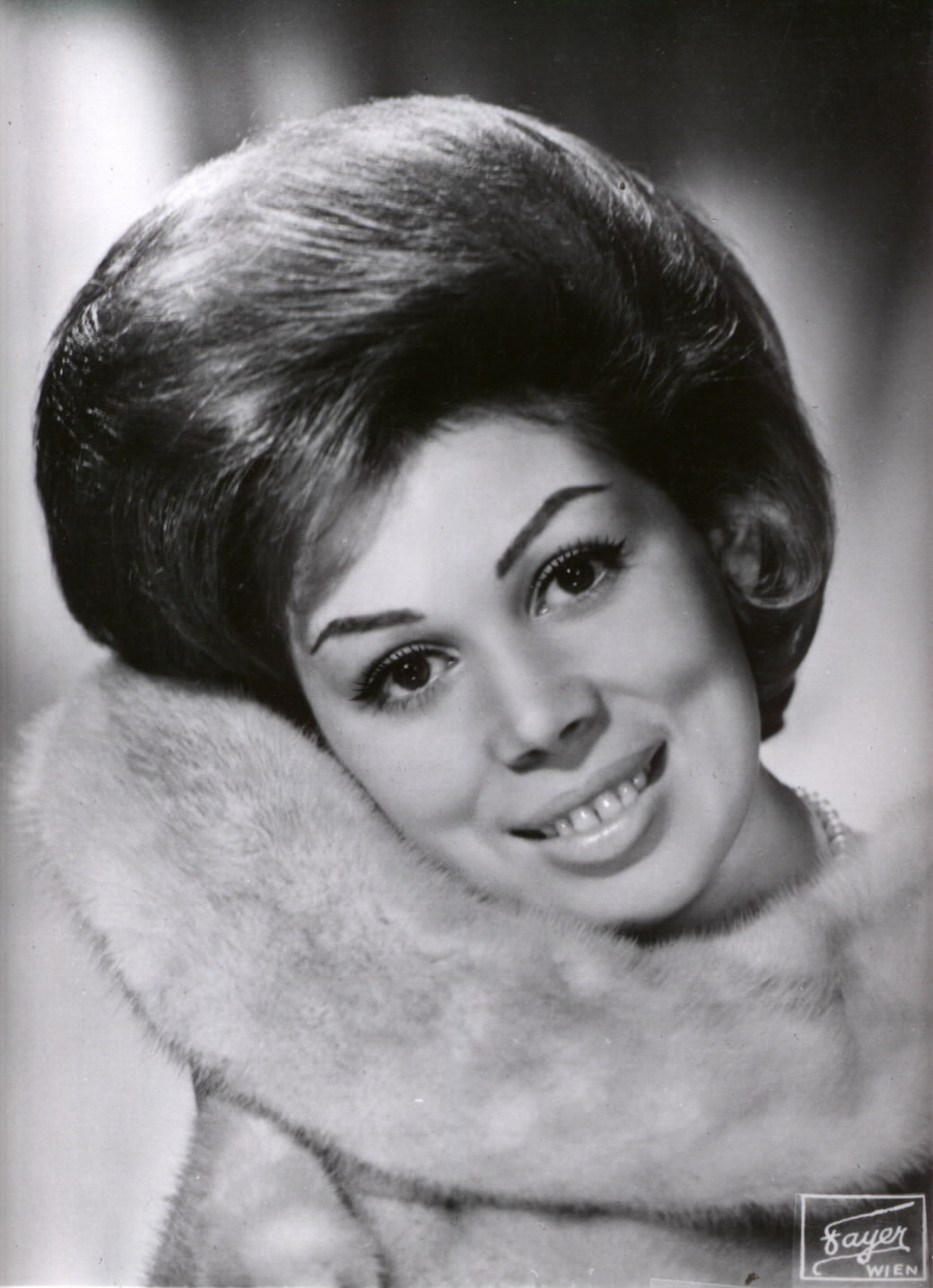 “I only cried twice in my life. When my mother died, and today when you died on stage.”

Karajan to Mirella Freni after a performance of “La Bohème”

Definitely one of Karajan’s favourite voices. Mirella Freni was his first choice for the Italian repertoire in the 1960s and 1970s. Under Karajan’s baton she achieved triumphant results with parts not only in operas by Verdi (Elisabetta, Desdemona, Aida) and Puccini (Mimì, Cio-Cio-San) but also in Mozart (Susanna, Zerlina). She appeared twelve times in Verdi’s Requiem and she is considered to have been one of the best Micaëlas ever in “Carmen”. Freni grew up with Luciano Pavarotti in Modena and later appeared often with him on stage and in the studio – for example in Karajan’s legendary “La Bohème” recording.

Mirella Freni was in the cast when Karajan’s long-awaited return to the Vienna State Opera in 1977, 13 years after his wrathful resignation from the position as artistic director, caused a sensation. There were absolutely no tickets to be had. Among the three operas Karajan conducted was “La Bohème” with Freni and José Carreras. Joseph Wechsberg reported: “Dignified, overdressed ladies and elegant men shouted like children for minutes until the maestro, who seemed pleased but also somewhat bewildered by this demonstration of public allegiance … began conducting the music.” The success was incomparable. Richard Osborne wrote: “At the end of the final performance of ‘La Bohème’ on 20 May, the ovations lasted forty-five minutes. The stage crew tried lowering the fire curtain but had to raise it again as the tumult continued.” And Carreras recalled: “With the curtain down and the applause for the conductor undimmed, my heart was pounding. Mirella later told me she had felt the same way despite her long-lasting collaboration with Karajan.”

Some pictures of that long-lasting collaboration:

We’ve prepared playlists with Karajan and Mirella Freni. Listen to them here. 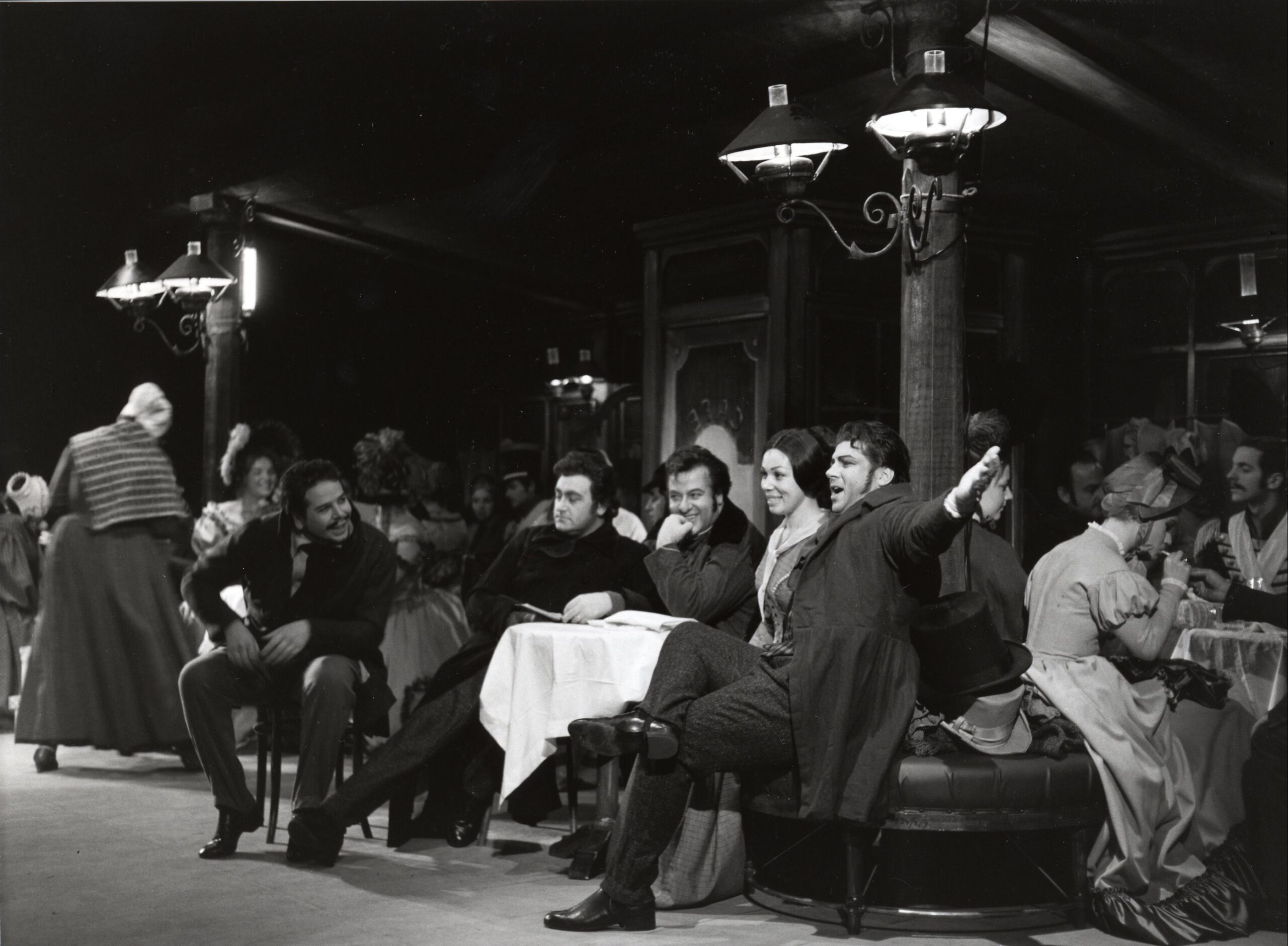 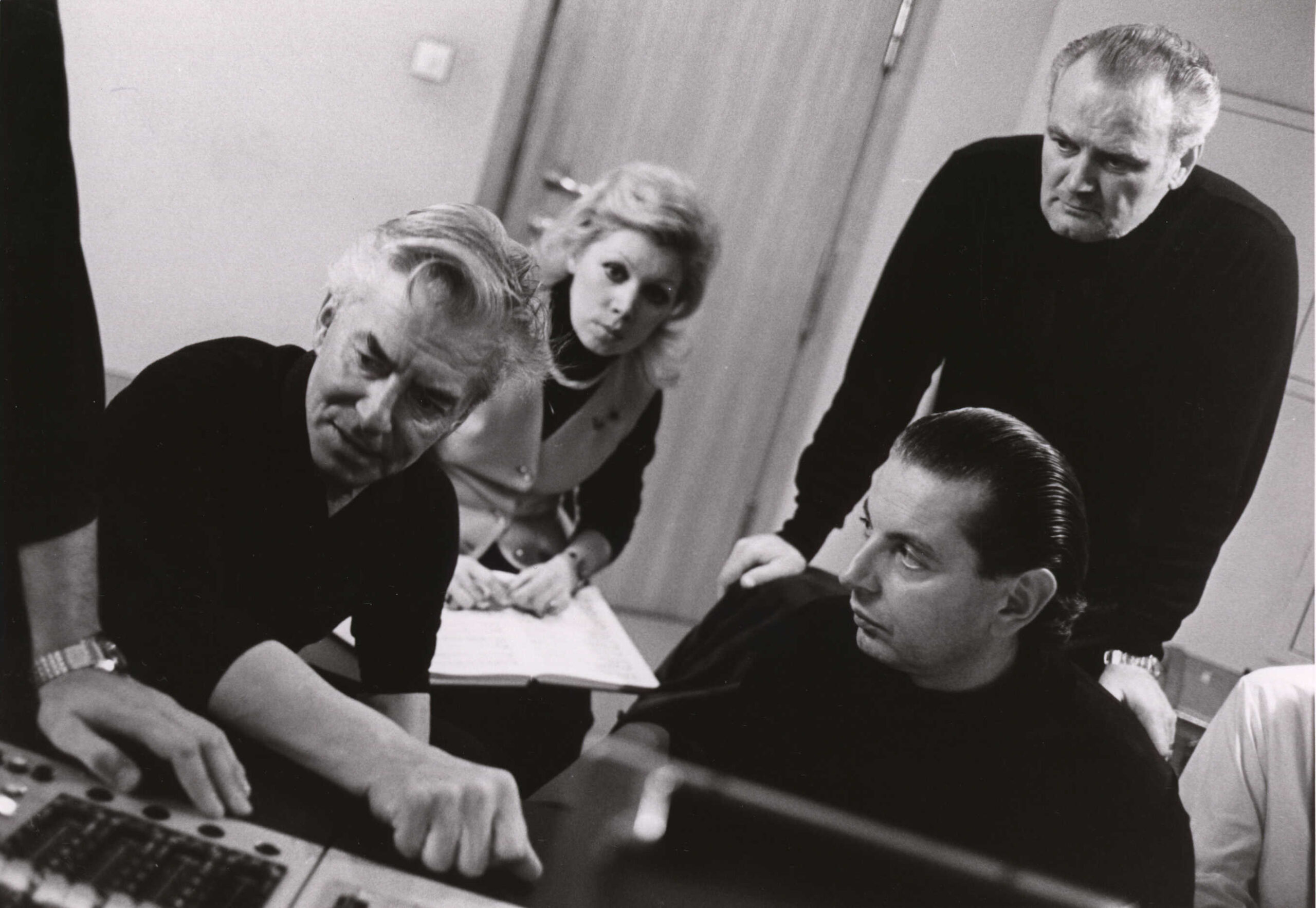 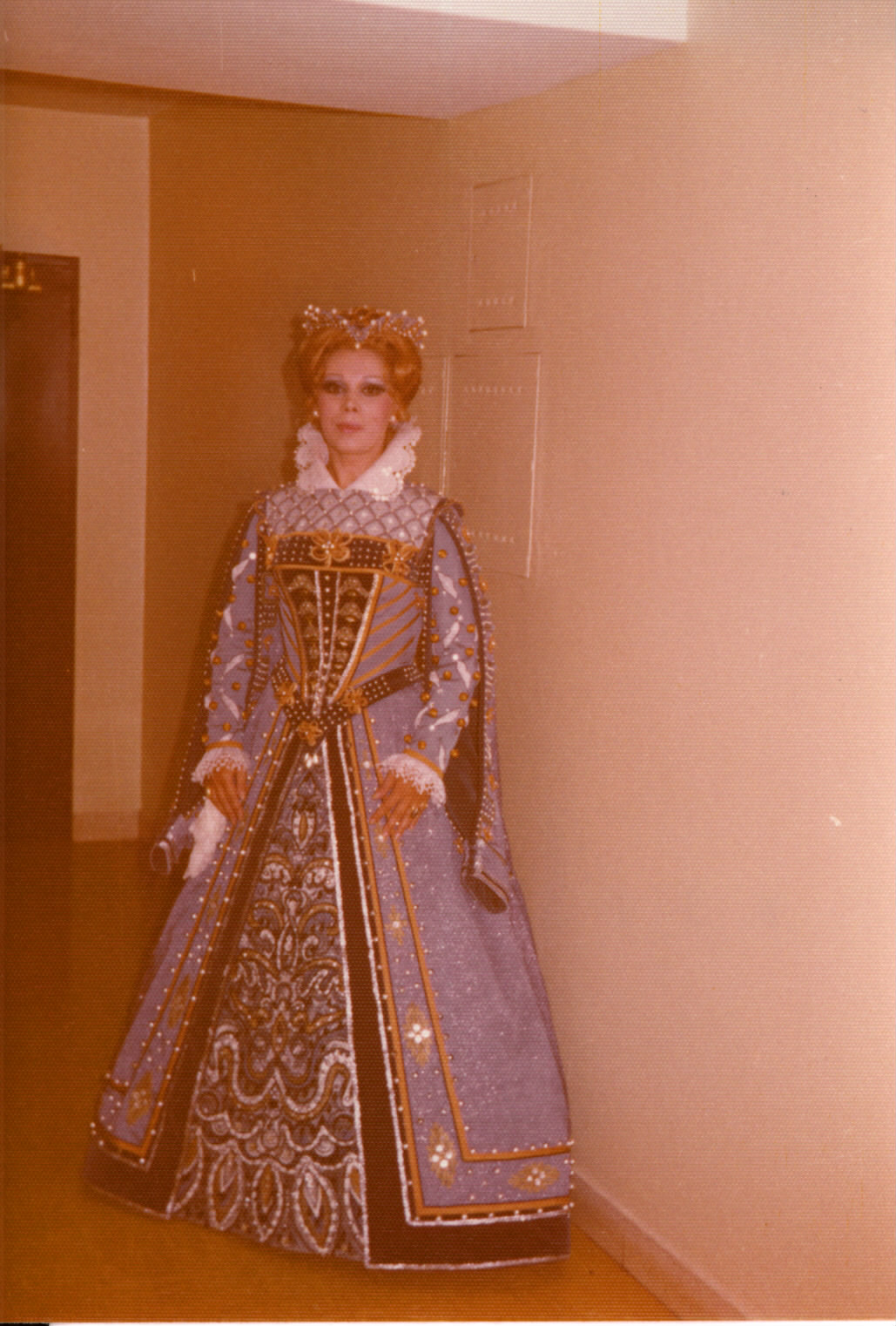 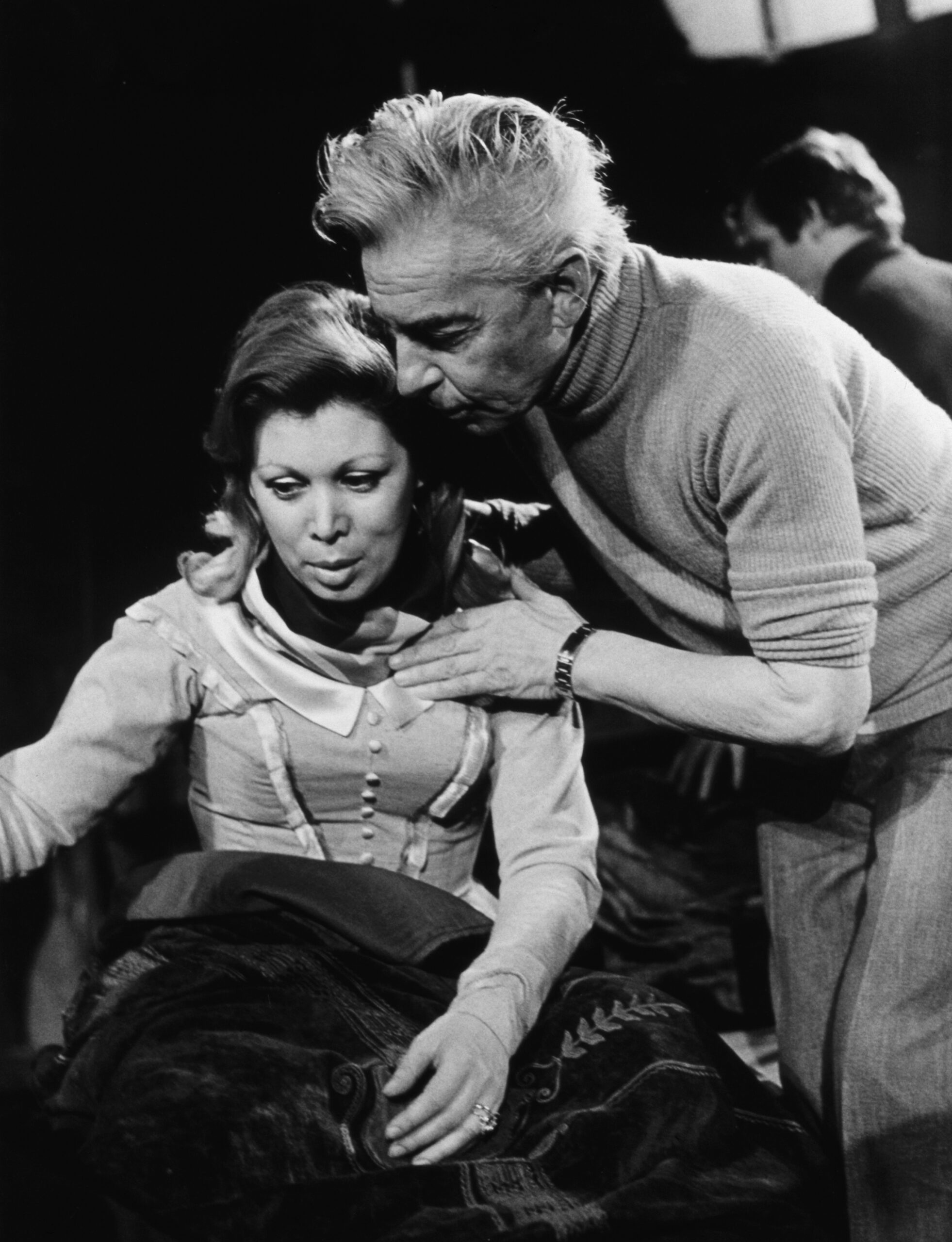 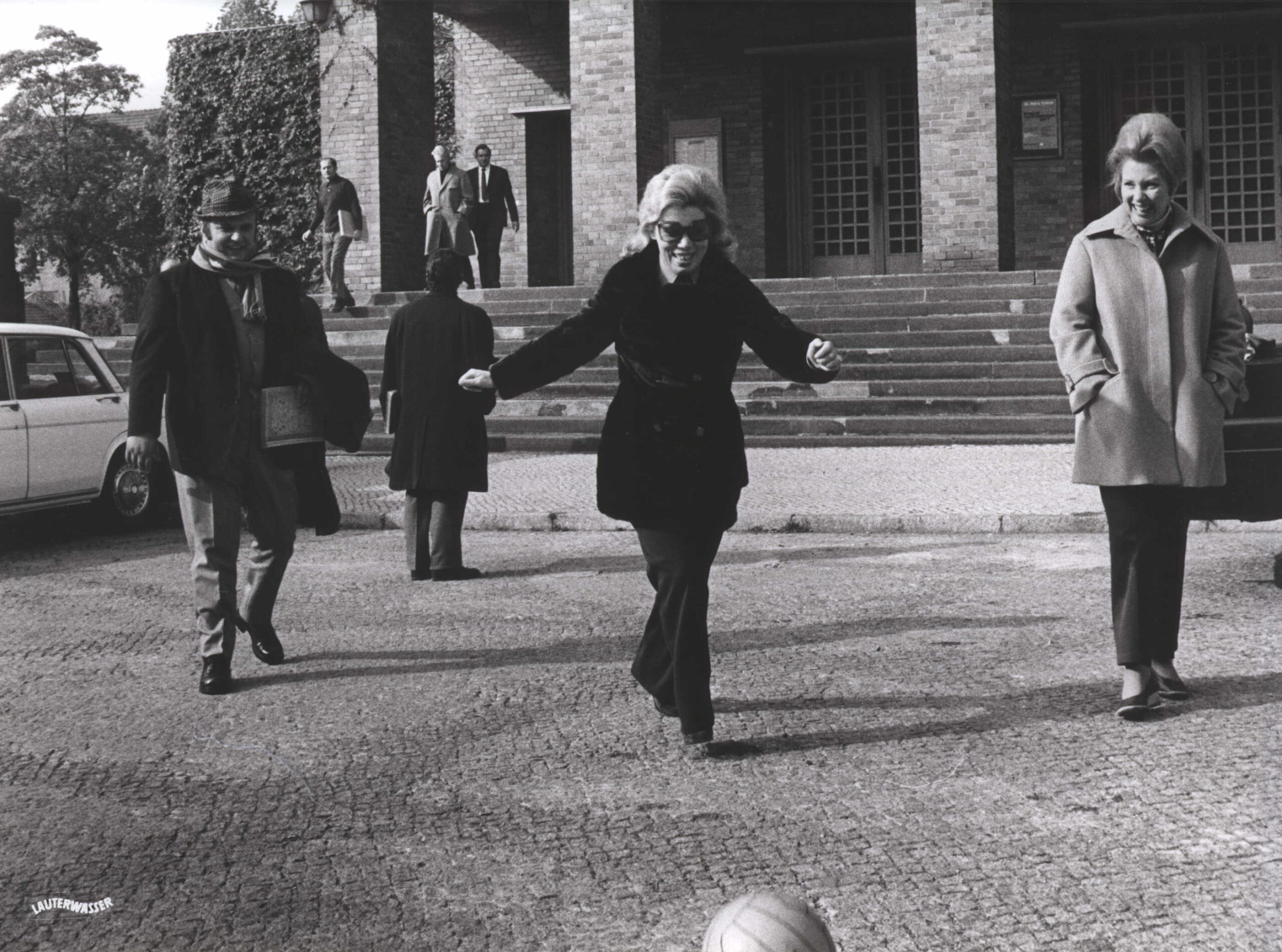