Spotlight Beethoven: Your guide to the symphonies 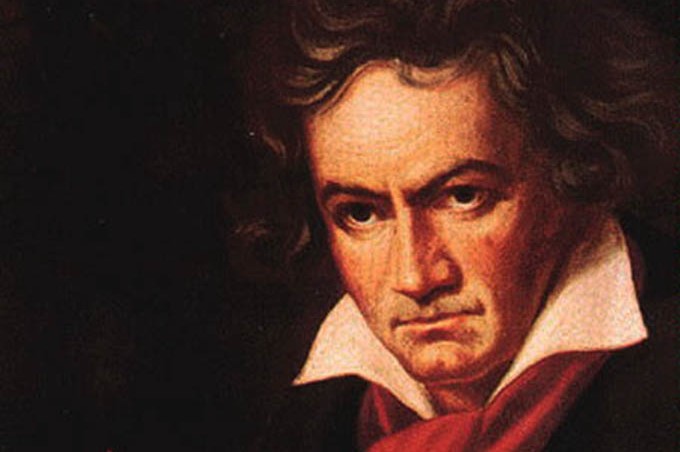 A spotlight episode about him is indispensable: Beethoven is a composer no conductor can ignore – Karajan least of all. We have made a collection of Beethoven’s most popular musical genre, the symphony, and Karajan’s lifelong work on the “New Testament” of orchestral music. Karajan recorded the complete cycle of symphonies four times, starting in the 1950s with the Philharmonia Orchestra up to film productions with his own production company Telemondial in the 1980s.

To go along with the reading you can listen to Karajan’s Beethoven recording cycles in this playlist we have put together for you on Spotify and Youtube. Enjoy here!

Composed in 1799, it had its first performance a year later in Vienna in Beethoven’s first “Academy”. It was a concert devoted solely to his works. As Beethoven also played his first piano concerto for the first time on this occasion, this was certainly a concert to remember. The “Leipziger Allgemeine Musikalische Zeitung” wrote: “That was truly the most interesting Academy for a long time.” The symphony is noticeably influenced by the works of Haydn and Mozart, but also shows the maturity of the young Beethoven and his self-assured orchestration. In all its movements it is a shot through with wit and originality. 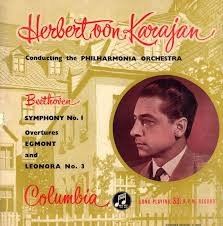 “I will grab fate by the throat, never shall it get the better of me!” – Beethoven to a friend, 16th of November 1801

Beethoven’s 2nd symphony was written between summer 1800 and spring 1802 and was first performed at his “Academy” (a concert devoted solely to his works) on 5 April 1803. It was a depressing time for Beethoven, as he had to resign himself to his incipient deafness. Shortly after completing the symphony, he wrote the famous “Heiligenstädter Testament”, a mixture of heart-rending self-revelation and testament. Written as a letter, it was addressed to his brothers but Beethoven never sent it to them. So why is the 2nd symphony so joyful? Maybe Beethoven was hoping to be cured when he wrote it. At the very least, it has one of the most beautiful slow movements Beethoven ever composed – I know, we’re talking about the master of slow movements but nevertheless – Listen yourself and you will agree with us! “He would sell the symphony to you for a hundred Gulden. He himself says it is the greatest piece of music he has composed so far. Beethoven played it for me recently and I believe that a public performance will make heaven and earth tremble.”

Beethoven’s 3rd symphony, the “Eroica”, was composed in the years 1802/03 and was at the time the longest symphony ever, lasting approximately 50 minutes. The symphonies of Haydn and Mozart (and Beethoven’s symphonies 1 and 2) are – without exception – never longer than 35 minutes. Beethoven originally planned to publish his symphony with the title “Buonaparte” because of his admiration for the French general. But when Napoleon made himself Emperor of France on 2 December 1804, Beethoven reacted angrily and erased the dedication “Sinfonia grande, intitolata Bonaparte”. The first public performance was on 7 April 1805 and it was published in October 1806 with a new title “Sinfonia eroica, composta per festeggiare il sovvenire di un grand’uomo”, (Heroic symphony, composed to honour the memory of a great man). Perhaps Beethoven meant Prince Louis Ferdinand who had died a few days before. When the poet Christoph Kuffner asked Beethoven in 1817 which symphony he considered to be his best, Beethoven said “the Eroica”.

Apart from his many studio recordings, Karajan also conducted the “Eroica” on special occasions – like the 100th anniversary of the Berlin Philharmonic in 1982. “He was cheerful, jocular, merry, jolly, he enjoyed life, he was funny, often satirical” – Ignaz von Seyfried about Beethoven in 1806

Beethoven’s 4th symphony in B flat major op 60 was completed in autumn 1806 and had its first public performance on 15 November 1807 at the Burgtheater in Vienna. The piece is one of Beethoven’s friendliest. He was in love with the young widow Josephine Brunsvik when he wrote it and when Ignaz von Seyfried, the first conductor of “Fidelio”, described him.

“Certainly the most famous of all and in our opinion the first in which Beethoven unleashed his vast imagination without lead or support from elsewhere.” -Hector Berlioz

The first bars of Beethoven’s 5th symphony in C minor op. 67 are perhaps the most famous beginning of an instrumental piece in musical history. According to his secretary Schindler, Beethoven described the characteristic “da-da-da-daaaa” with the words: “This is how fate knocks on the door.” He completed this symphony and the Sixth in 1807/08 and he also presented them both to the public for the first time in an “Akademie” on 22 December 1808. The concert was not a success. It lasted 4 hours, the theatre was unheated, the audience was clueless and the performance was poor because the musicians had not had a chance to rehearse all these complicated pieces (apart from the two symphonies the programme included the 4th piano concerto, the choral fantasy, parts of his mass in C major and more!). But after publication in 1809, the symphony was received with huge interest and the composers of the romantic period were enormously impressed by it. It is no coincidence that Brahms’ first symphony was also in C minor and has a similar structure. The 5th is right at the top of Karajan’s favourites. There is no piece he performed more often than Beethoven’s 5th symphony – 185 times, 154 times in concert and 31 times for recordings (studio, film and broadcasts)! The first performance was in Aachen in 1935, the last in Berlin in December 1988, six months before his death. One recorded version is really special, it’s the film Karajan made with the Berlin Philharmonic and the internationally acclaimed French film director Henri-Georges Clouzot in 1966.

“My advice is: Stay in the countryside. How easily one can follow this advice! My miserable hearing doesn’t torture me here, as if every tree were saying to me: Sacred! Sacred!” –Beethoven in 1815 Beethoven’s 6th symphony, named “Pastoral Symphony or memories of country life”, is the only Beethoven symphony in five movements and the only one whose movements have programmatic titles: “Awakening of cheerful feelings on arrival in the countryside”, “Scene by the brook”, “Merry gathering of country folk”, “Thunder, Storm” and “Shepherd’s song. Cheerful and thankful feelings after the storm” Together with his 5th symphony and a number of other works, it was first performed in a four-hour concert on 22 December 1808. Beethoven was not the first composer to describe nature in his music. But as he refused to simply “imitate” anything non-musical, he made his aims more precise with the words “An expression of feelings rather than tone-painting”. Because everything Beethoven composed had great influence on his successors, this symphony was taken as a model by later symphonists (Berlioz, Mahler 1, Vaughan Williams 3) and by composers of tone poems (Liszt, Strauss).

“We are only moved by patriotism and by the joyful sacrifice of our powers for those who have sacrificed so much for us.”

Six weeks after the “Battle of Nations at Leipzig” when Napoleon’s decline was confirmed, this is what Beethoven wrote on 8 December 1813 to thank all the participants in the first performance of his 7th symphony (among them were such musicians as Spohr, Hummel, Meyerbeer and Salieri!). The 7th was a huge success. The second movement had to be repeated and Beethoven’s pupil Schindler wrote: “The cheers during the A major symphony […] surpassed everything one had heard before in a concert hall.” It is no wonder, as the symphony contains some of the most energetic music Beethoven (or any composer, for that matter) ever wrote. For some of his colleagues it even went too far – Weber and Friedrich Wieck (Clara Schumann’s father) for example described it as the work of a madman or a drunkard.

The 7th is the Beethoven symphony Karajan performed second most after the 5th – 129 times. He recorded it 22 times for studio, broadcast and film. Beethoven’s 7th symphony was one of the first pieces Karajan ever recorded. His interpretation, played by the Staatskapelle Berlin in 1941, is part of this set with early recordings. 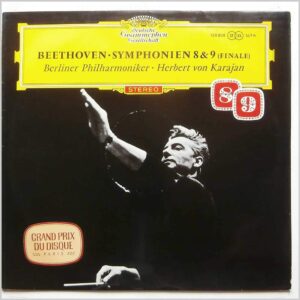 This is what Beethoven said angrily when the first performance of his eighth symphony in 1814 was not such a success as his seventh. Beethoven’s second last symphony is still something of a connoisseur’s favourite. Beethoven himself called it “the little F major symphony”, the “big” one being the “Pastoral”. But obviously he just meant its brevity, not its significance. Beethoven started composing it directly after finishing the seventh, parts of it in Teplice at the same time as he wrote (but never sent) his famous letter to the “Immortal Beloved”. The eighth is bright and humorous, it doesn’t even have a slow movement but two scherzos/minuets.

Karajan performed the eighth less frequently than any other Beethoven symphony, but it was on the first-ever studio recording he made with the Vienna Philharmonic, in September 1946.

“Beethoven himself conducted, that is, he stood in front of a conductor’s stand and threw himself back and forth like a madman. At one moment he stretched to his full height, at the next he crouched down to the floor, he flailed about with his hands and feet as though he wanted to play all the instruments and sing all the chorus parts. – The actual direction was in Duport’s hands; we musicians followed his baton only.” –Joseph Böhm, violinist

Even though Beethoven’s entire oeuvre is greatly admired, “the Ninth” has a special place in the cultural memory of the world. At the time of its first performance on 7 May 1824 in Vienna, it was the first major symphony that was not only instrumental but also included the singing voice: The last movement is a setting for orchestra plus chorus and four vocal soloists of the poem “An die Freude” by Friedrich Schiller. The duration of the symphony – about 70 minutes – was also an absolute novelty and made it a model for works by Mendelssohn, Liszt, Mahler and many others. Since 1985 the “Ode to Joy” has been the European Union’s official “Anthem of Europe”. The three instrumental arrangements for piano, for wind instruments and for full orchestra but without the vocalists were the work of Herbert von Karajan. Karajan conducted Beethoven’s ninth symphony for the first time in his Aachen years and made his first recording of it with the Vienna Philharmonic in December 1947. Six months earlier he had written to Walter Legge (in English with certain German terms): “I was thinking very much of our forthcoming work in autumn and especially of the Ninth Beethoven. (…) I spent the last 3 weeks on this work and what I find now is the great difficulty of bringing the enormous conception of the work in the close and condense form in which it is written. (…) In short, to get the fullest richdom of fantasy in the purest form. That needs an utmost degree of ‘selbstzucht’ (self-discipline). (…) I feel I must bring mein inneres Beethovenbild (my personal view on Beethoven) up to the present form in which I am feeling and thinking of music.” Another remarkable occasion for performing the Ninth was the inauguration of the new Berlin “Philharmonie” concert hall in 1963. 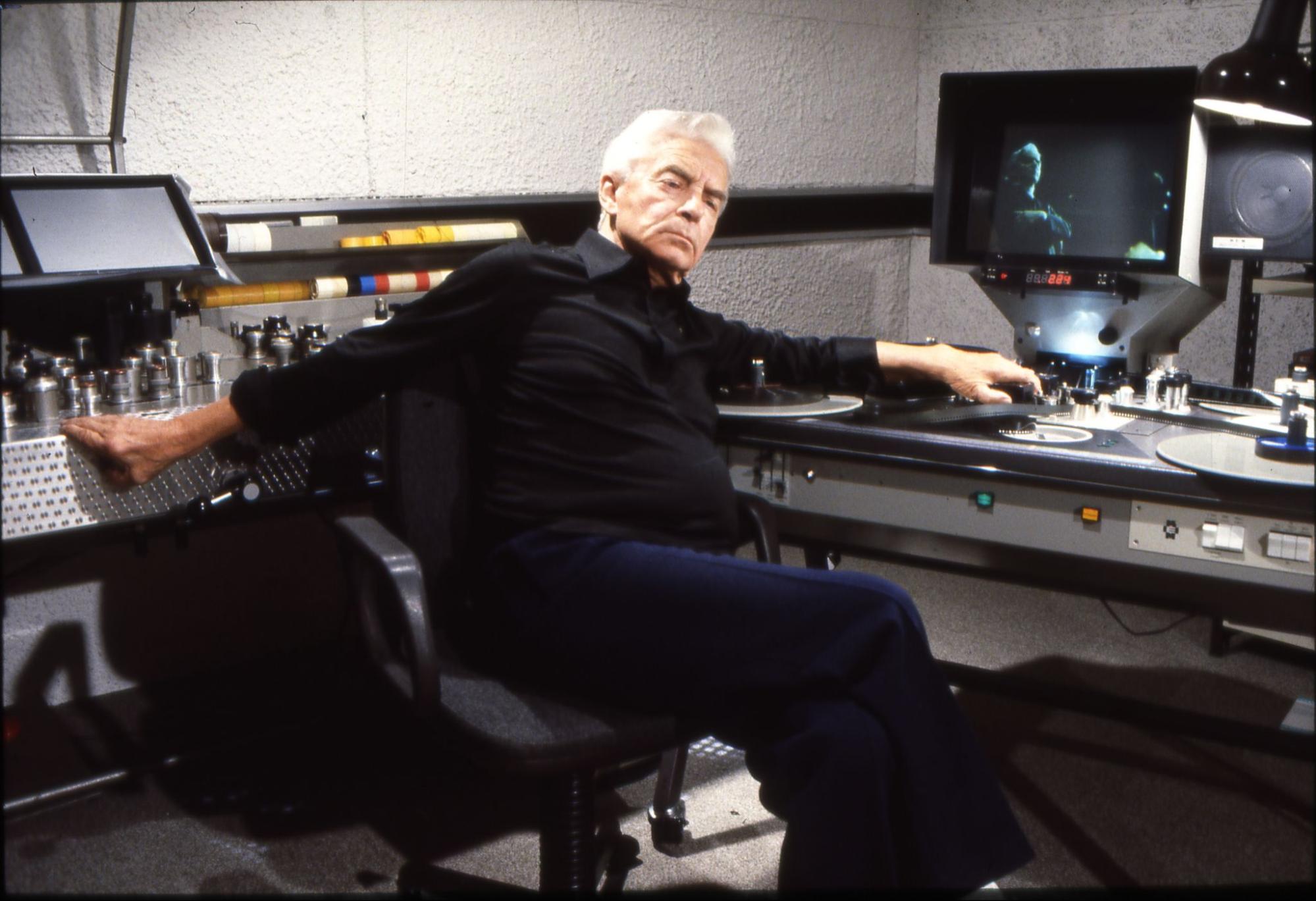 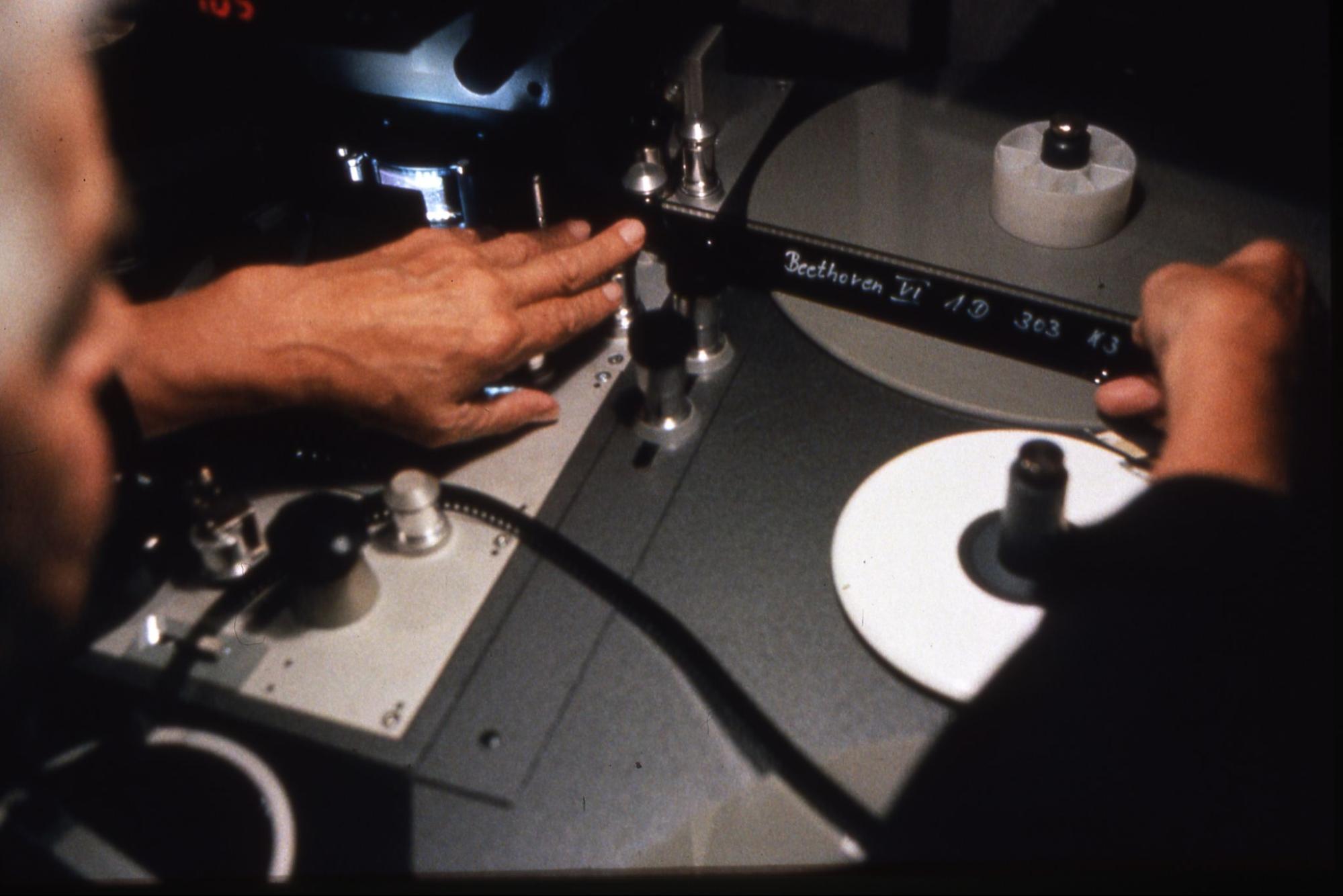 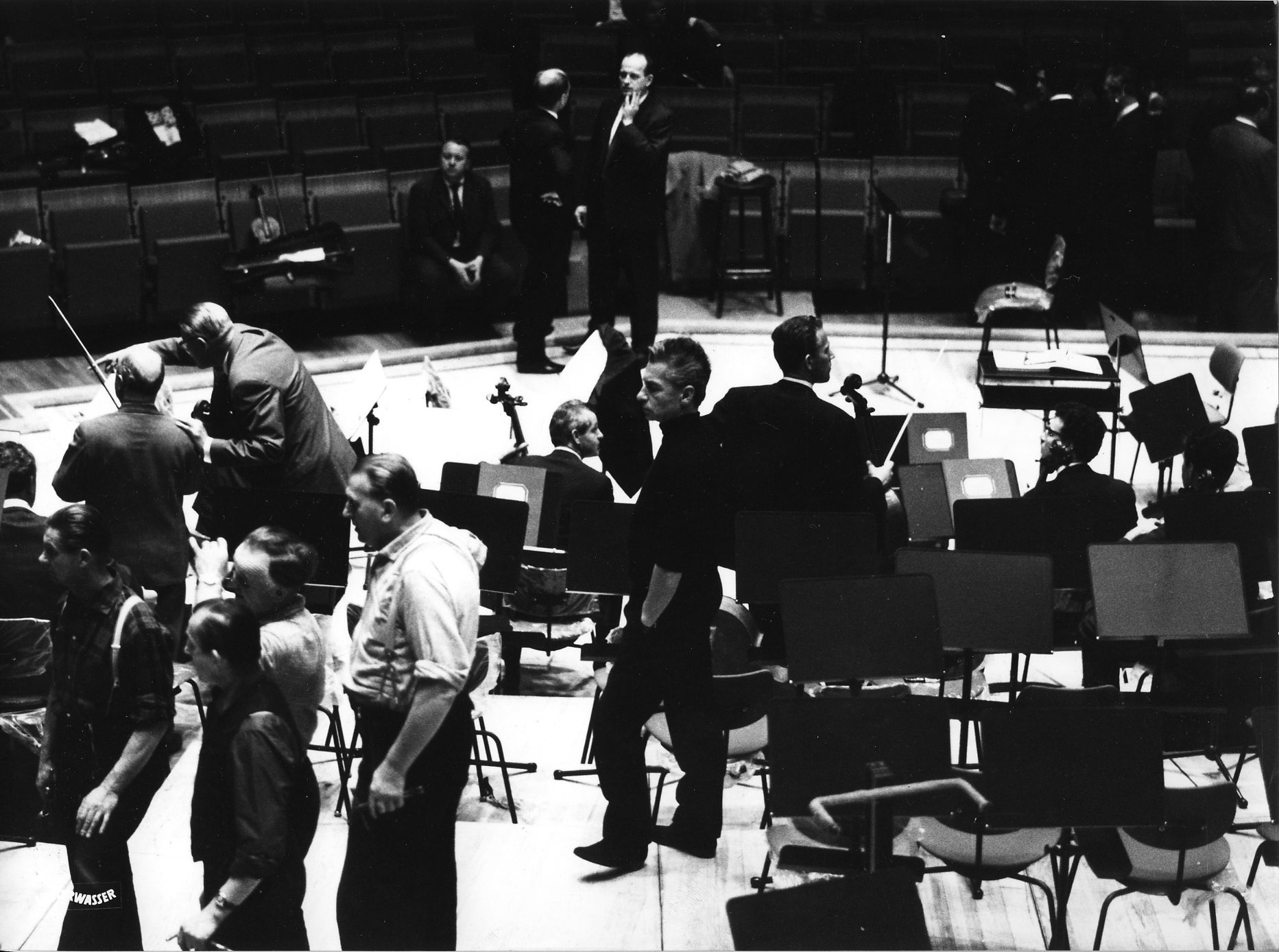 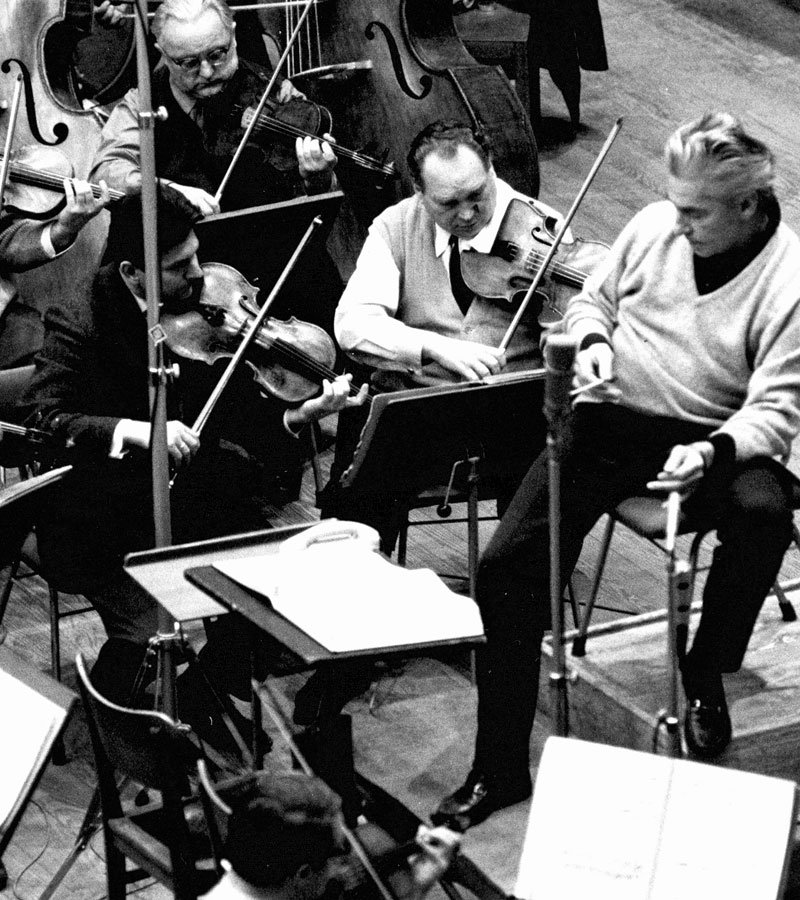