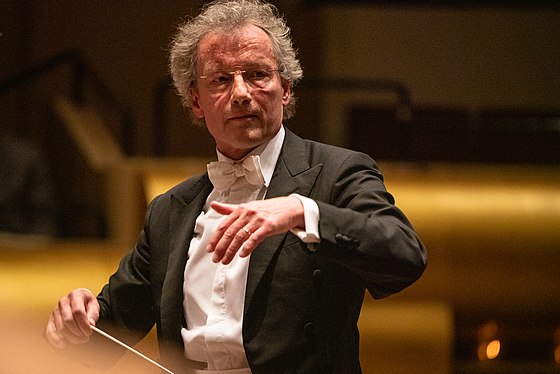 “I give them the freedom they need to do what I want.“

Franz Welser-Möst quotes Karajan’s answer to the question why singers love to work with him.

The internationally renowned Austrian conductor Franz Welser-Möst (born in 1960) was a protégé of Karajan’s and – as a young man – “one of the few people who were allowed to sit in all of his rehearsals.” Welser-Möst is a perfect example of a whole generation of successful conductors that was deeply impressed and inspired by Karajan in his last years. Since 2002 Welser-Möst has been chief conductor of the Cleveland Orchestra. Some quotes about Karajan:

Franz Welser-Möst in “DER STANDARD” on 23 December 2022: “I was lucky enough to be introduced to Karajan when I was nineteen. I don’t know why but he liked me. I was one of the few people who were allowed to sit in all of his rehearsals (…) His (New Year’s) concert was special. He was a very old man then, but he handled this music with so much dedication!”

In 1984 the young Franz Welser-Möst was in the audience at the Salzburg Festival when Karajan conducted Brahms 1st symphony: “It was electrifying. Even now, it is the greatest Brahms’s First I have ever heard.”

Franz Welser-Möst in Gramophone in 1993 (quoted by Richard Osborne): “His New Year’s Day Concert was one of the most beautiful I have ever heard. Carlos Kleiber’s was the most exciting – there’s always fire on the roof when he conducts – but I don’t think it necessarily caught the whole spectrum and expression of meaning in that music. Very often I miss the melancholy in it, almost a lethargy which Karajan did in an incredible way. It has to be on the racy side, this music, and on the other it’s almost depressed. That’s typically Austrian. If you look at Schubert, Johann Strauss, Mahler or even Alban Berg, there’s always depression somewhere.”

Welser-Möst has conducted three New Year’s Concerts with the Vienna Philharmonic so far (2011, 2013 and 2023). Watch here a short clip with him talking about Karajan’s only one in 1987. 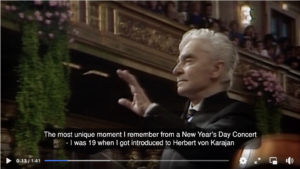 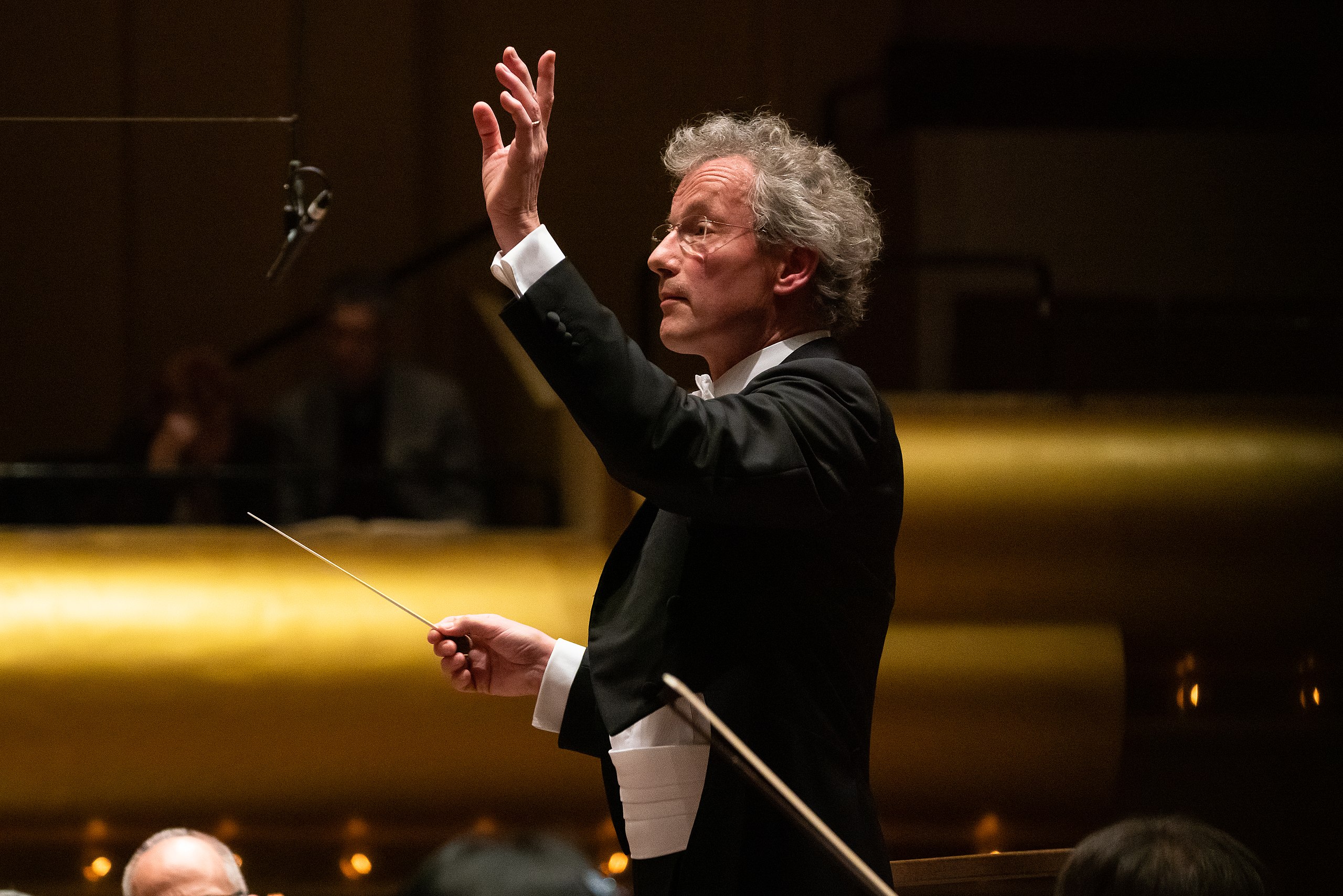 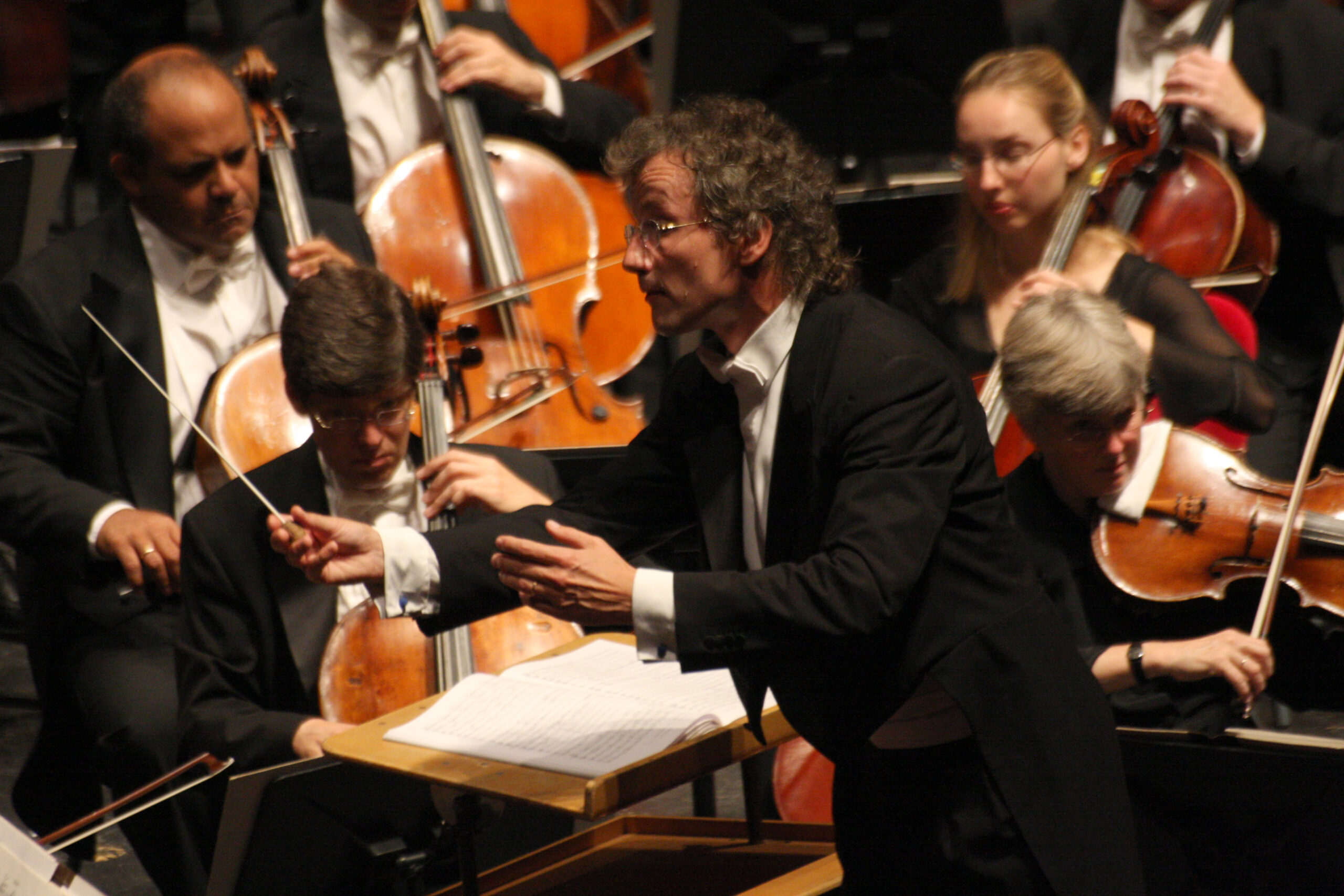