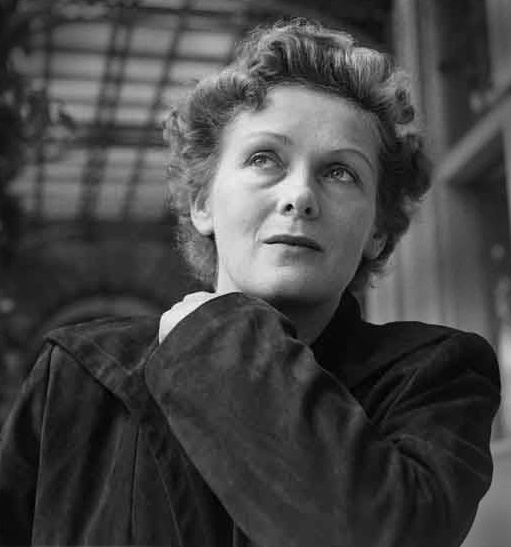 “You see that blonde girl over there? She is one of the most promising singers in Central Europe. She will be one of our stars of the future.”

Karajan to Walter Legge about Elisabeth Schwarzkopf in 1946

There are certainly very few artists whose career is as closely associated with Karajan’s as Elisabeth Schwarzkopf. Between 1947 and 1964, they performed 150 times together and recorded some of the most ambitious projects of their time.

Karajan’s influence on Schwarzkopf’s singing technique was important, as she told Karajan’s biographer Richard Osborne: “One thing we did learn from Karajan was how to interiorise the drama in works by Mozart and Richard Strauss. At moments of intense quiet, he would make us stand absolutely still and sing with an awed sotto voce. It was chamber music of the soul, the expression of things one person cannot speak to another. Most conductors wouldn’t have dared ask for such quiet because their control of the orchestra was insufficiently exact. But Karajan could do it.”

Schwarzkopf, being the wife of Karajan’s producer and friend Walter Legge, knew Karajan very well. Karajan was strongly interested in the power of hypnosis. Elisabeth Schwarzkopf remembered sitting for several hours with Karajan waiting at an airport in Spain. At one point, Karajan noticed a woman who was sitting with her husband nearby. The couple had their backs to Karajan. “I’ll hypnotise that woman,” Karajan announced. He proposed Schwarzkopf to bet the Spanish coins she had left that within sixty seconds of his concentrating on the woman’s back she would turn round and look at him. Schwarzkopf recalled: “It took less than thirty seconds. Suddenly she spun round and stared straight at him. He was so thrilled by this. He was like a little boy who had performed some kind of magic trick.”

“’Der Rosenkavalier’ was Karajan’s last operatic collaboration with Walter Legge. They had recorded six operas together – ‘Hänsel und Gretel’, ‘Ariadne auf Naxos’, ‘Così fan tutte’, ‘Die Fledermaus’, ‘Falstaff’ and ‘Der Rosenkavalier’ – all of which can lay claim, in one way or another, to classic status.”(Richard Osborne) 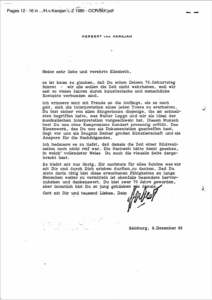 It is hardly believable that you’re celebrating you’re 70th birthday – we all neglect time because we’ve been connected artistically and personally through many years. With joy I remember our start when we had to work on the interpretation of every single tone. You are certainly the singer who was quickest to understand what Walter Legge and I imagined as the ideal interpretation. You were able to make this vision come true – a hundred percent without compromise. The huge legacy that you have created exists as a testimonial of your great art and as an incentive for your successors. I deeply regret that in those days the filming technique was not advanced enough for the world to see the equal perfection with which you managed the visual aspect. I can only thank you for all the beauty we have been privileged to experience in your presence and through your efforts. It is also very brave and commendable that you continue to teach these abilities to young people. You may have reached 70 years, but in your heart you’re as young now as you were then.

Bless you and all the best! 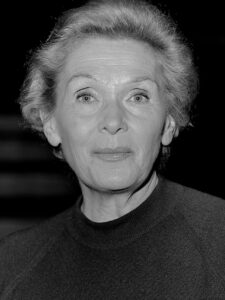 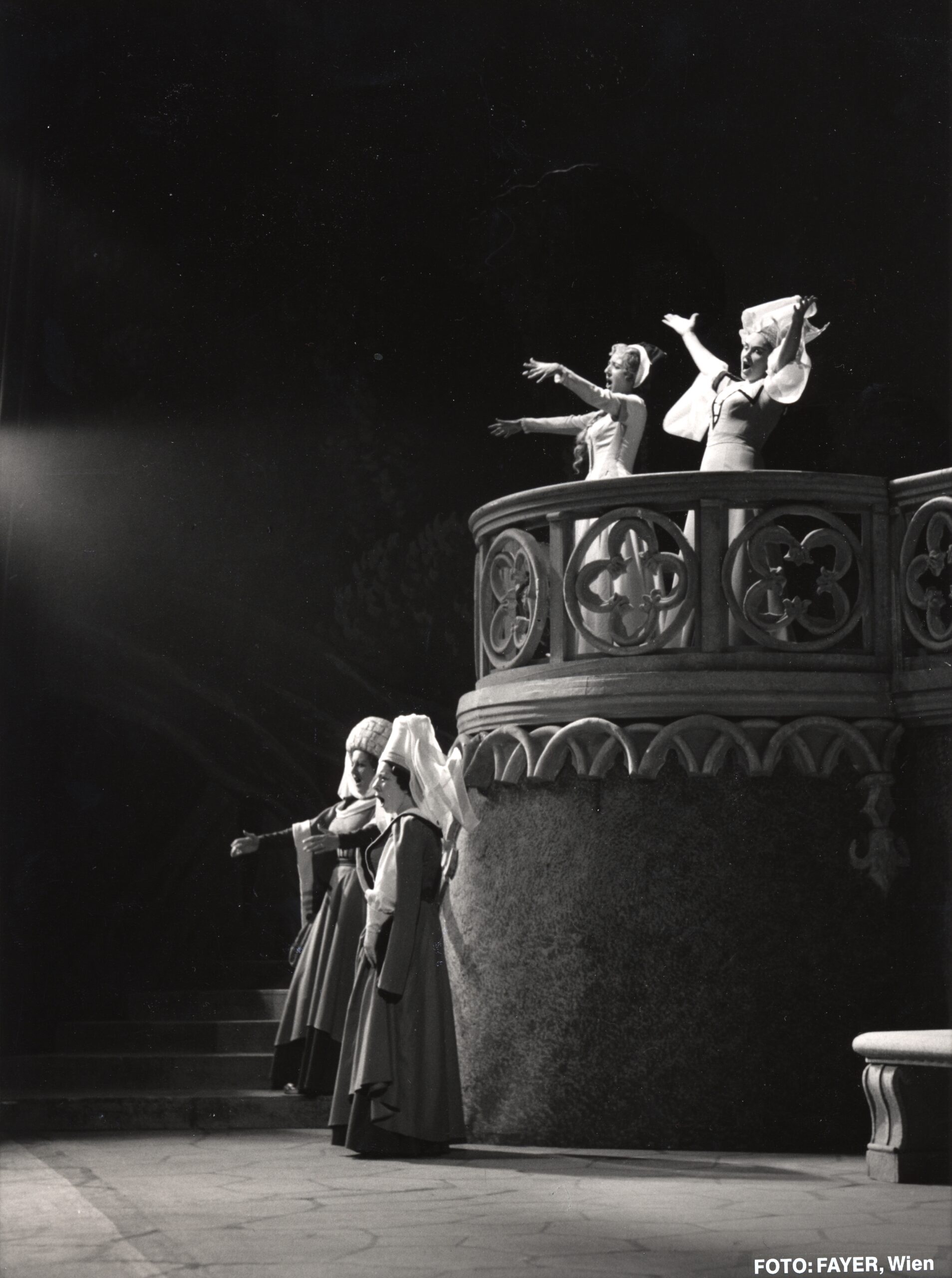