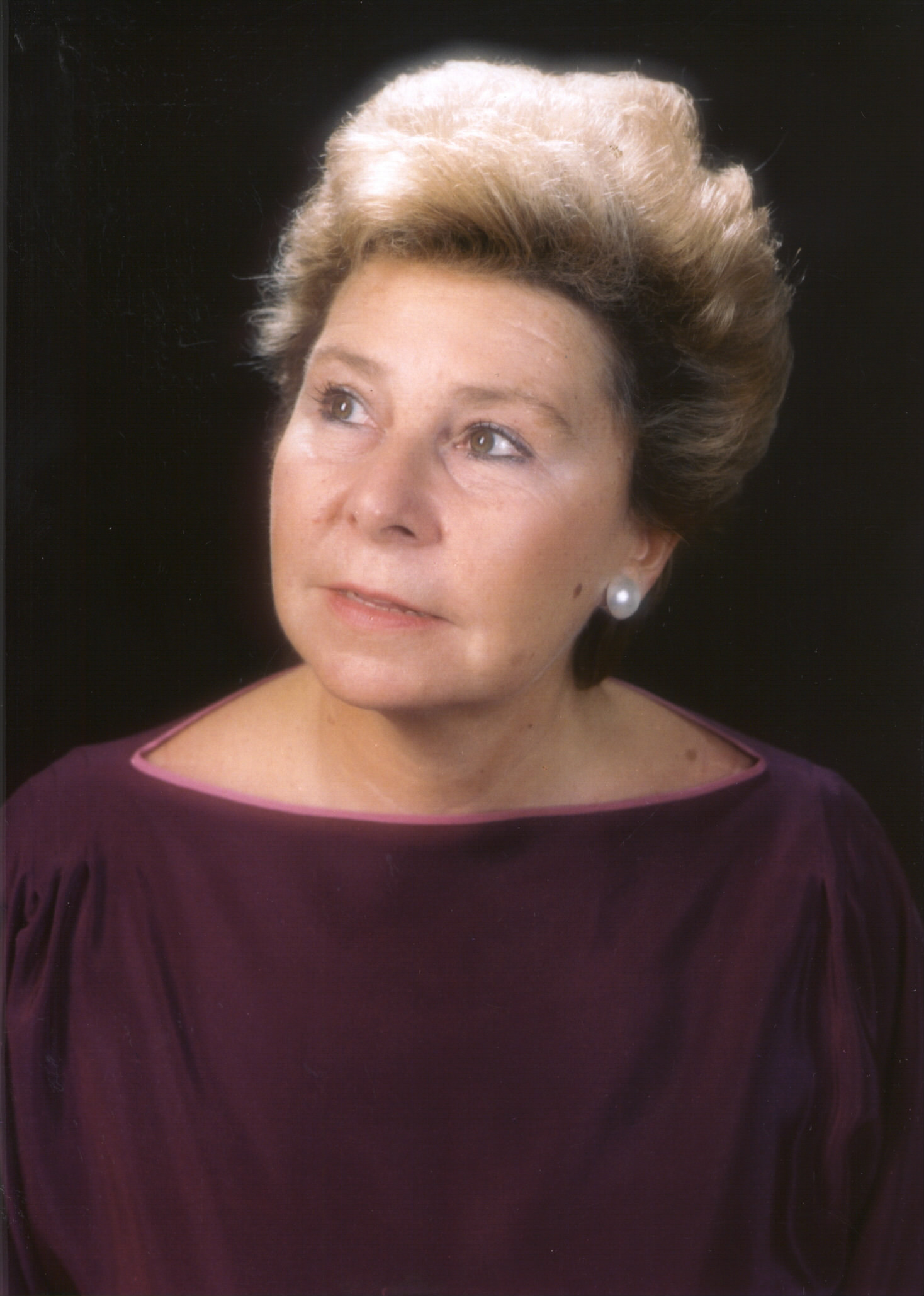 She was one of the most acclaimed mezzos of our time. Christa Ludwig worked with almost every great maestro in the second half of the 20th century, from Klemperer to Ozawa, from Böhm and Bernstein to Muti, and of course with Karajan, who was her mentor and one of her favourite conductors for over 25 years.

We met her in 2020 to talk about Karajan’s phrasing and his charisma, and about the challenges involved in performing “Frau ohne Schatten” on stage – without casting a shadow. Enjoy the memories of a legend here! 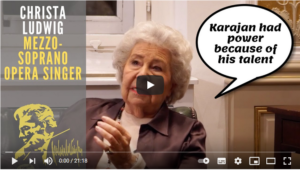 In Salzburg in 1963, Dorabella in “Così fan tutte” was played and sung by Christa Ludwig. In this clip she checks her costume for the subsequent rehearsal. Watch this little gem from our archives here. 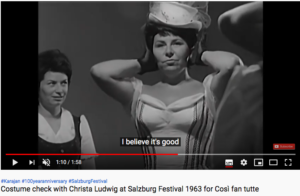 Christa Ludwig is widely regarded as one of the 20th century’s leading singers. Born in Berlin in 1928, she started her career in the 1950s, mainly at the Vienna State Opera and was soon internationally acclaimed for her interpretations of the German-Austrian repertoire, especially Mozart, Beethoven, Brahms, Mahler and Strauss, but also for Verdi and Bartók. Her appearances and recordings with conductors like Böhm, Klemperer, Bernstein (“she is simply the best”) and Karajan are milestones of opera performance and recording history. On 24 April 2021, Christa Ludwig died at the age of 93 in her house in Klosterneuburg near Vienna.

Christa, daughter of Anton Ludwig and Eugenie Besalla, singers at the Aachen Opera House, was 6 when she met her parents’ new chief conductor for the first time in 1935 – Herbert von Karajan. She studied singing exclusively with her mother and appeared on stage immediately after the war. In 1955 she was hired by Karl Böhm for the Vienna State Opera and made her first studio recording with Karajan, the legendary “Rosenkavalier” for EMI, in the following year. Ludwig was definitely one of Karajan’s most important artistic partners. She was on the cast of 136 of his live performances and 13 studio recordings and films between 1956 and 1982.

We’ve prepared a playlist with some Karajan / Christa Ludwig gems. Listen to it here. 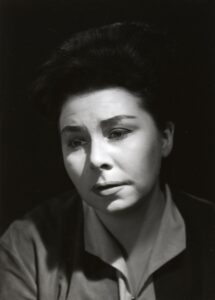 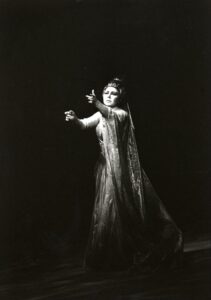 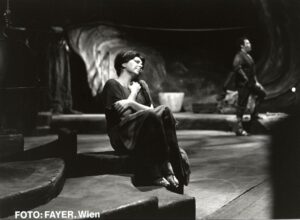 “One of the best achievements in her career” (R. Osborne)  – as Barak’s Wife in Richard Strauss’ “Die Frau ohne Schatten” at the Vienna State Opera in 1964

Some photos that were made over 16 years, all of them at rehearsals for Beethoven’s “Missa Solemnis”. 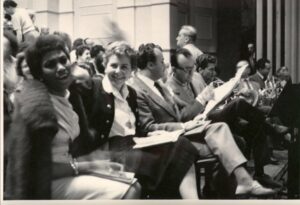 Christa Ludwig with Leontyne Price, Nicolai Gedda and Nicola Zaccaria in Salzburg in 1959. Karajan’s first studio recording of Beethoven’s “Missa Solemnis” in 1958 features the same singers as 1959 (Ludwig, Gedda, Zaccaria), but has Elisabeth Schwarzkopf instead of Leontyne Price and the Philharmonia Orchestra. 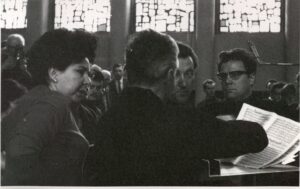 Studio recording with Karajan, Fritz Wunderlich and Walter Berry in Berlin in 1966

Rehearsal in Salzburg in 1975 with Karl Ridderbusch and Karajan

Christa Ludwig, Karajan and Wagner. She wasn’t Isolde and Brünnhilde, but Brangäne and Waltraute. And she constantly resisted singing roles that were too heroic for her voice and would risk ruining it. 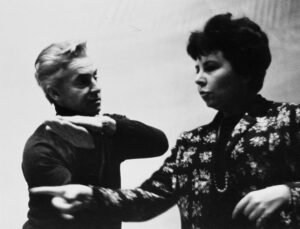 Rehearsing the “Waltraute Scene” and performing it with Helga Dernesch as Brünnhilde in “Götterdämmerung” live in Salzburg in 1970. 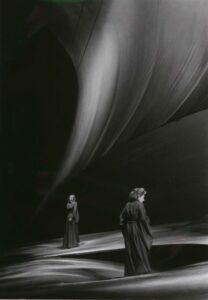 Karajan was infamous for not praising his singers after a performance. Christa Ludwig asked him whether he didn’t like it at all. He answered: “If I say nothing, it means it was gorgeous. Woe if I ever say something!”

This is a letter from our archives that Christa Ludwig wrote to Karajan on the occasion of his 80th birthday in 1988. 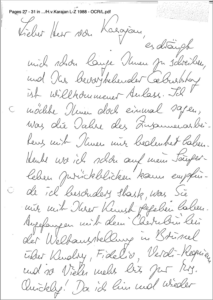 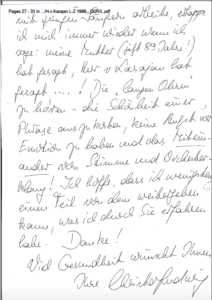 I’ve wanted to write to you for quite a long time. Your upcoming birthday is an opportune occasion. I’d like to tell you how much the years of our collaboration mean to me. Today, looking back on my career as a singer, I understand very well what you have given me through your art, starting with Cherubino at the World’s Fair in Brussels, Kundry, Fidelio, the Verdi Requiem und so many things up to Mrs Quickly! Working with young singers, I sometimes catch myself telling them: “My mother (now 89!) said, Herr von Karajan said…” The “long ears” needed to listen, to relish the beauty of a phrase, no fear for emotions, the unity of voice and orchestral sound! I hope that I can give them at least a little of what you gave to me. Thank you! I wish you good health in the years to come. 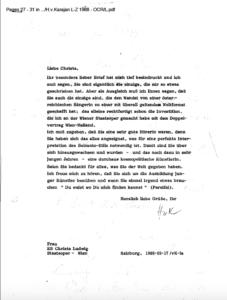 Your extremely kind letter has deeply impressed me and I have to say that you are actually the only person who has written to me like this. But in return, I have to tell you that you are the only one who progressed from an Austrian singer to universal world-class. This is at least worth the investment I made at the Vienna State Opera with the collaboration Vienna – Milano. I must say you’ve been a very good listener. You’ve learned everything necessary for a perfect bel-canto style. You surpassed yourself and became a cosmopolitan artist – at a very young age. Thank you very much for everything you have given to the world. I am glad to hear that you take such an interest in the vocal training of budding singers. If you ever need any help – “You know where you can find me!” (Parsifal) 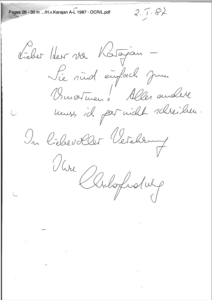 You are just embraceable! I don’t have to say more.

With my deepest devotion

Another (short) exchange of letters between Christa Ludwig and Karajan. It’s quite interesting that having worked with Karajan for 22 years Ludwig has no qualms about writing to him indicating that her vocal problems are over and she wants to work with him again. 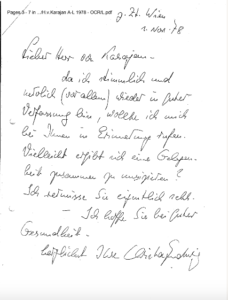 As my voice and (above all) my nerves are in good shape again, I’d just like to remind you that I’m still there. Maybe there’s an opportunity to make music together? I do miss you. – I hope you’re in good health. 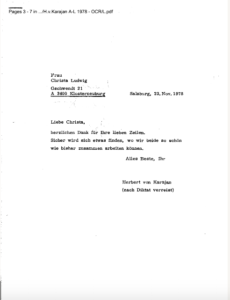 Thank you for your kind words. I’m sure we’ll find something we can work on together as happily as we always have.

(unsigned due to absence)

And they did! In May 1980 they recorded “Falstaff”, their last major project (Christa Ludwig is on the right). 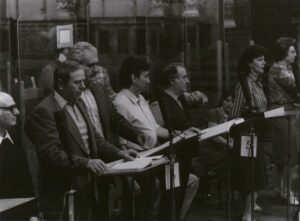 During the sessions in the studio, she met Carlos Kleiber, a great admirer of Karajan’s and asked him what he was doing there. He answered: “While my colleagues are raking in money, I am studying.” At this time, Kleiber was 49 years old and already one of the most famous conductors!